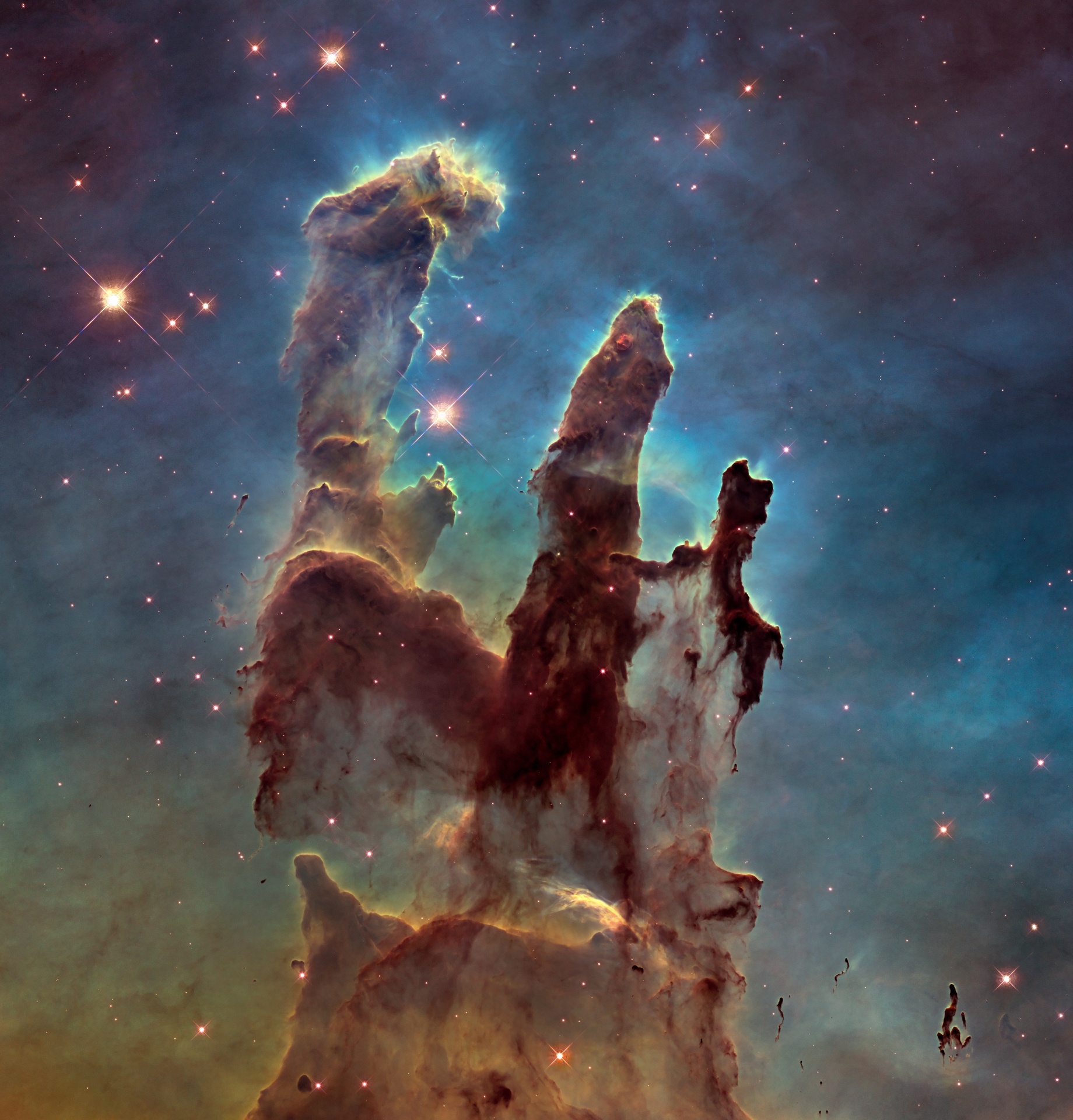 Through Faith we understand that the worlds were framed by the word of God, so that things which are seen were not made of things which do appear.
Hebrews 11:3

For thus saith the LORD that created the heavens; God himself that formed the earth and made it; he hath established it, he created it not in vain, he formed it to be inhabited: I am the LORD; and there is none else.
Isaiah 45:18

I beheld till the thrones were cast down, and the Ancient of days did sit, whose garment was white as snow, and the hair of his head like the pure wool: his throne was like the fiery flame, and his wheels as burning fire.
Daniel 7:9